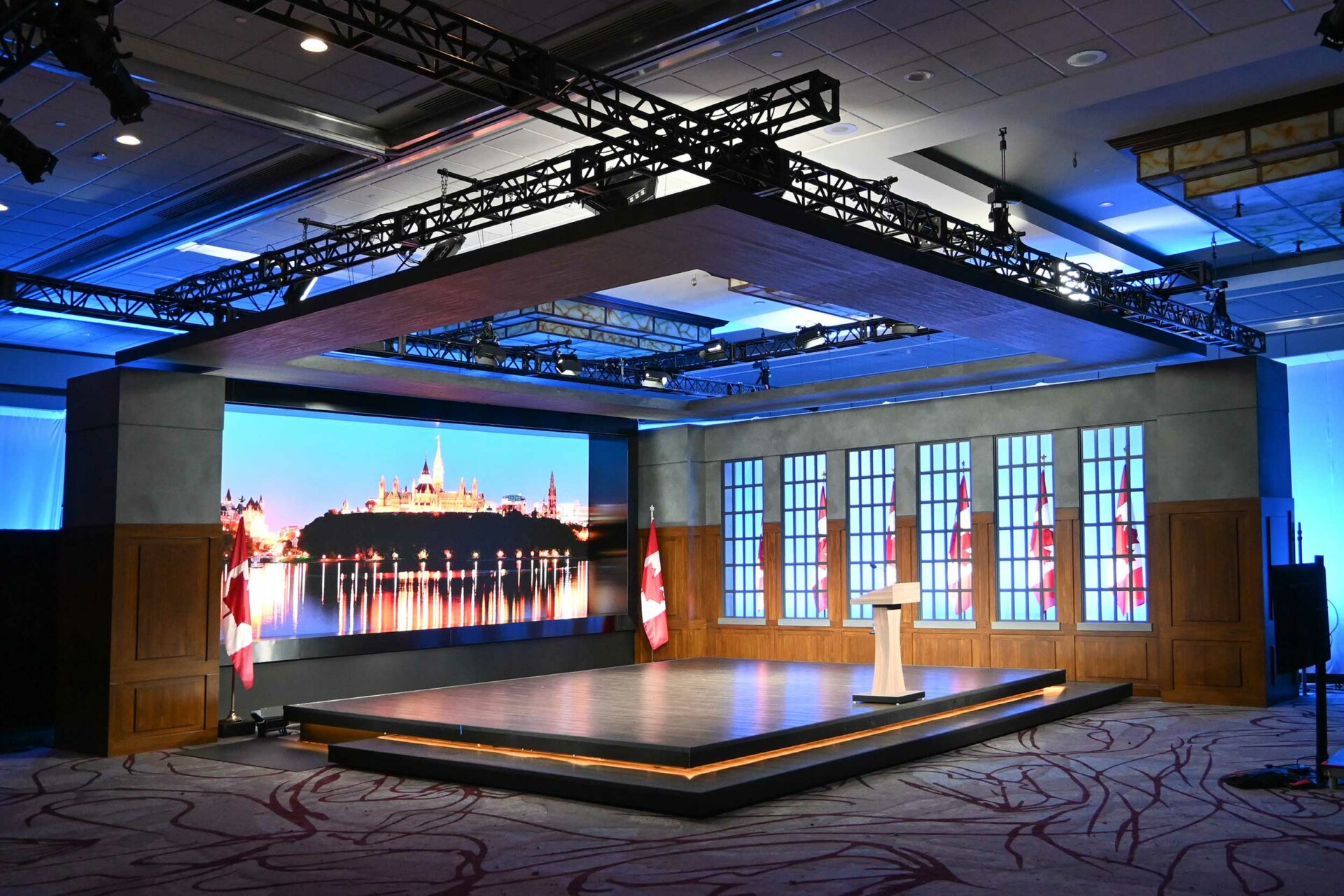 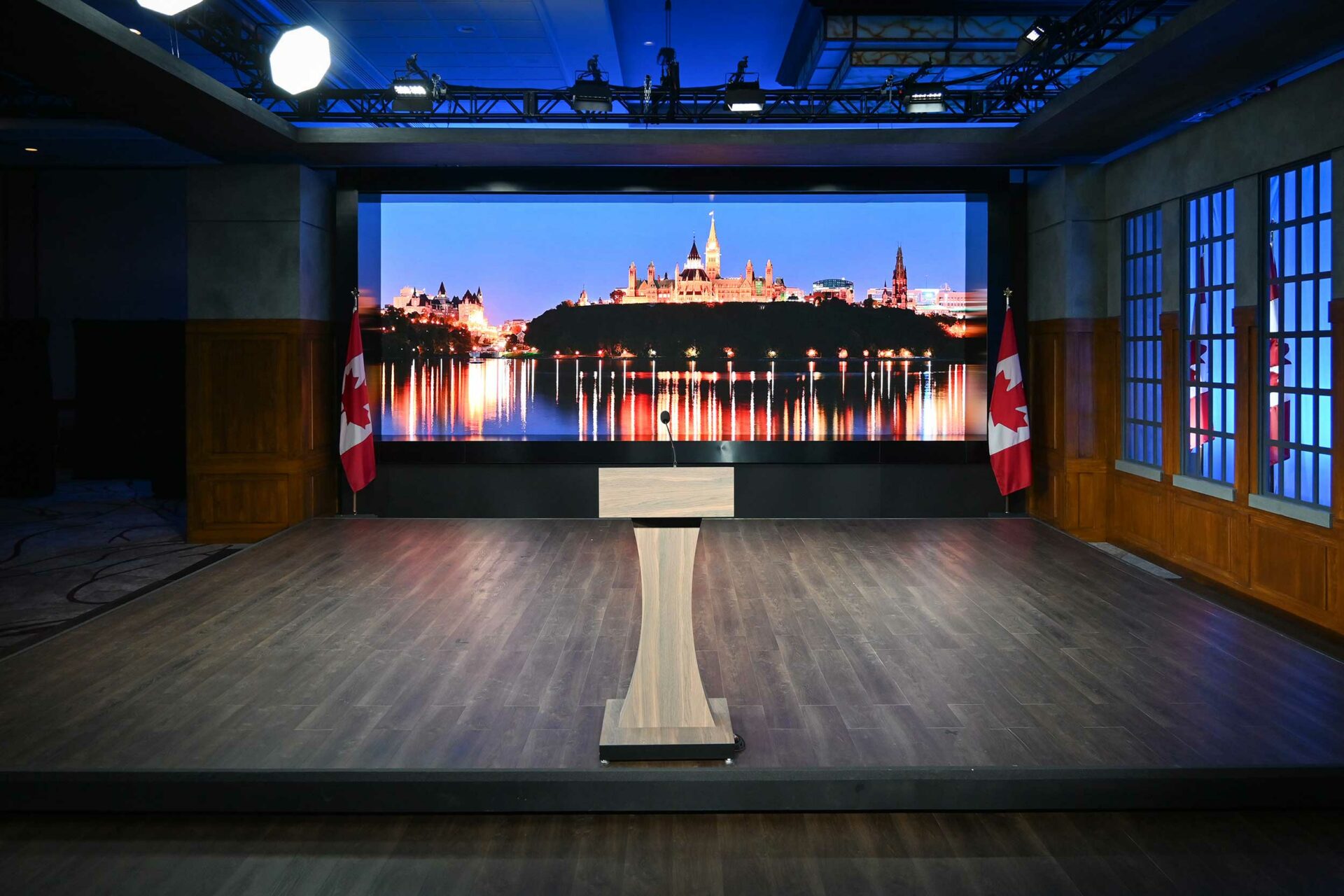 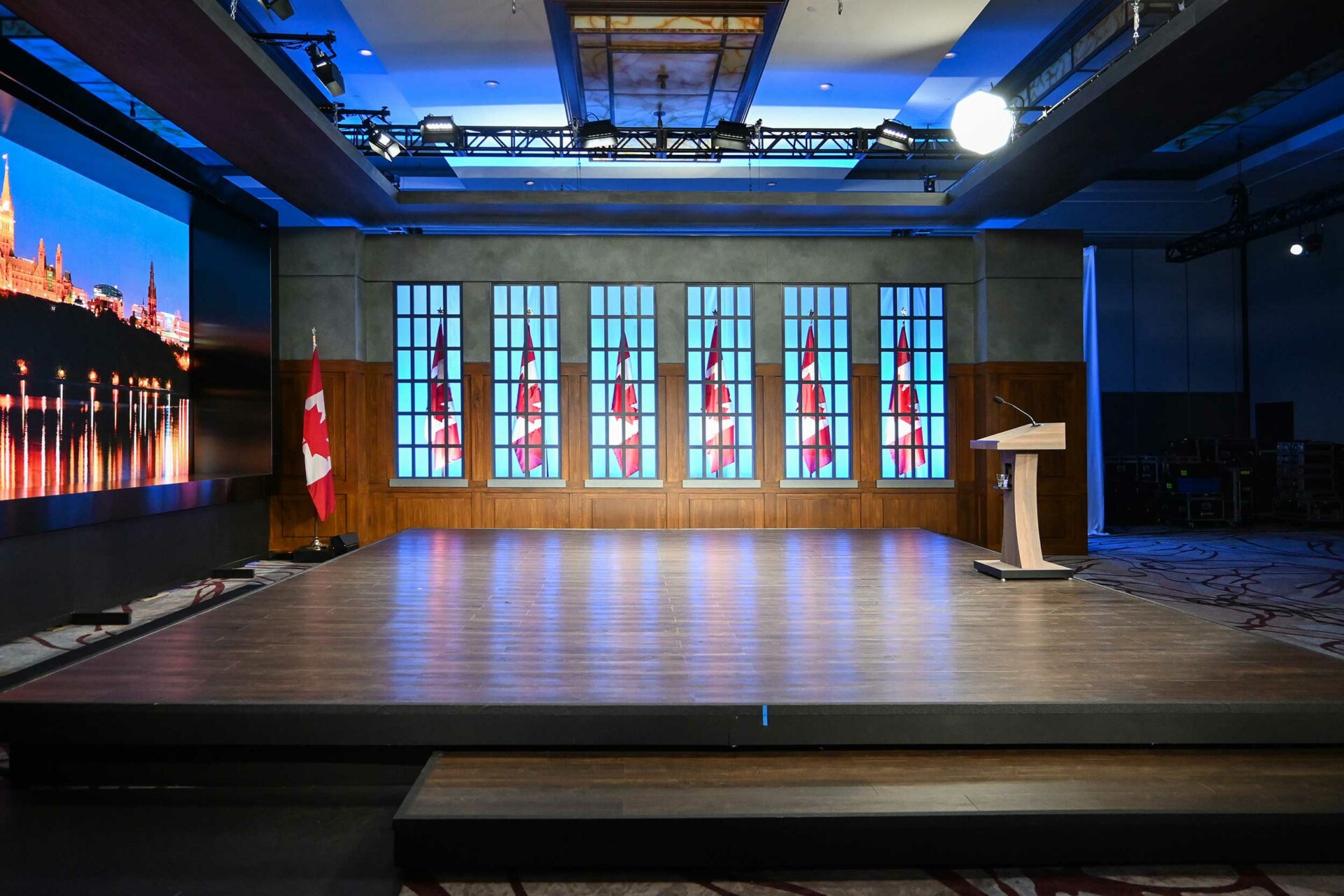 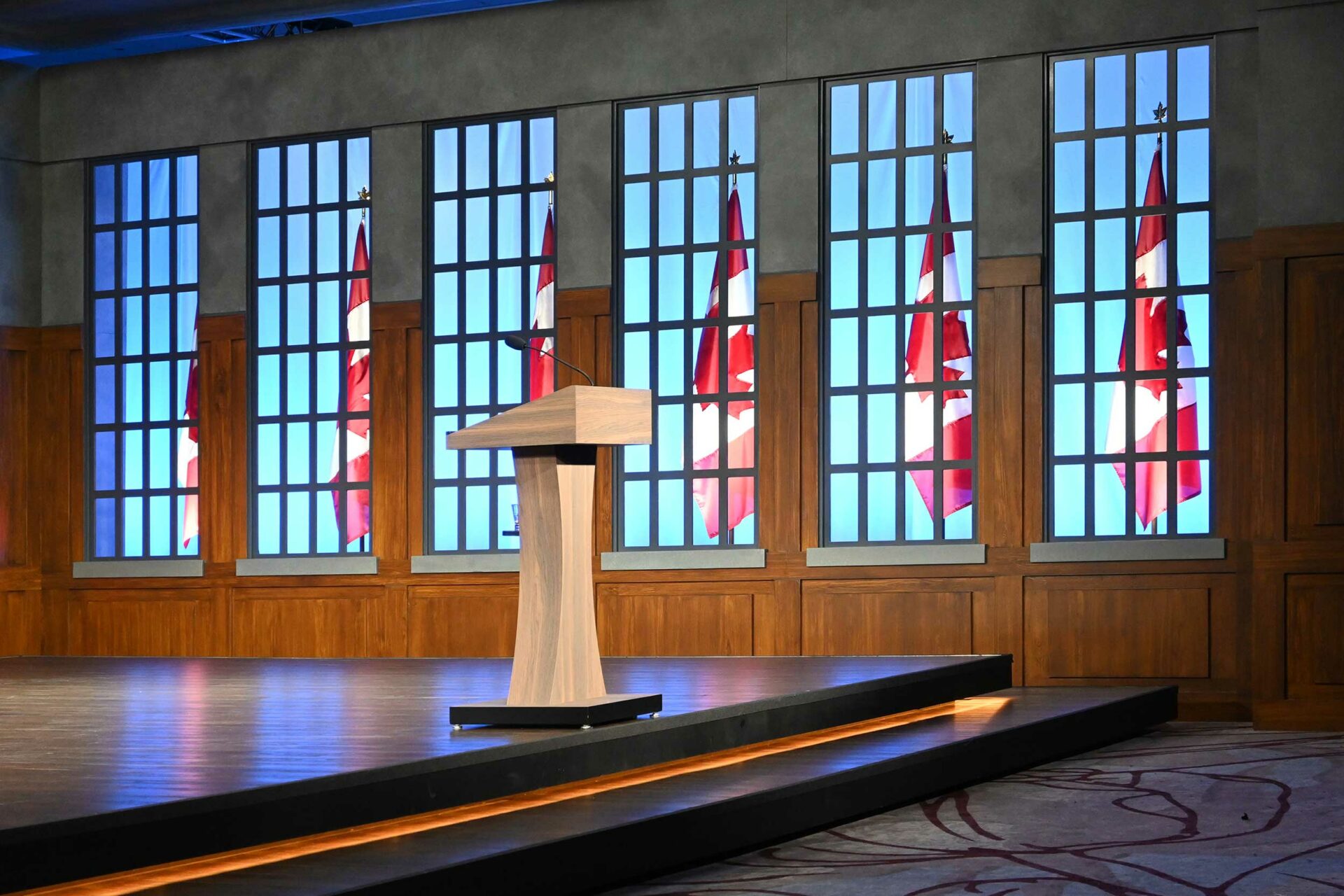 Traditionally, political candidates tour the country when campaigning, but in 2021, traditions were changing due to the pandemic. Because of that, our client initiated a conversation with us to explore the idea of building a studio set for their upcoming political campaign. They knew they needed three setups: a podium, a desk and a chair, and two club chairs. Initially, they thought they wanted them on three completely different sets.

This project was perfect for the creative team as the client did not know much beyond why they needed a studio. Liz (Brand Strategy) and Alex (Designer) spoke with the client to get a better understanding of the campaign’s brand, the reasoning behind the three different setups, and to gather inspirational photos.

Taking feedback from this initial meeting, Alex started researching both political buildings and industrial textures. He immediately realized that we could create three distinct looks for our client without the need to create three different sets. Alex started building a concept deck with inspiration from:

This R&D inspired Alex to immediately create a rendering for the client and that initial design was incredibly close to the final design.

The set consisted of a stage, two walls at a 90-degree angle to one another, and a ceiling piece. Rather than changing the set with scenery, we changed the set with furniture. It was important that the set nod to the tradition of the political world but have an element of the 21st century by using the starkness of industrial materials. Therefore, we built the bottom of the set to look like historical dark wood wainscotting, with contemporary grey concrete on top. One wall consisted of an enormous LED screen surrounded by a frame. The other wall has flags set in was beautiful wooden windows. We also built 2 different screens to cover the LED wall. This allowed it to transition from containing valuable information to offering an ambient moving light for the scene.

In the end, this process was incredibly smooth and efficient (we only had 3 weeks to build and install the studio) because the client was willing to engage and review the creative team’s strategy and design throughout the process. And everyone was thrilled with the outcome. The candidate even sent a handwritten letter to all team members thanking them for their “innovative studio set!”